4 Ways to Build Self-Confidence and Boost Your Performance

4 Ways to Build Self-Confidence and Boost Your Performance

A brilliant article from Dr. Ivan Joseph on simple ways to build your self-confidence and positive self talk.  Having learned from Ivan in 2006-2007 as a part of the Graceland University Yellowejackets squad I am always excited to hear more from Mr.Joseph.  Enjoy the article and we will be sharing more about goal setting and positive self talk in the next week!

When I arrived at Ryerson University in 2008, I went from being a soccer coach to director of athletics at an institution with over 40,000 students and a reputation as one of the most innovative and entrepreneurial in Canada. I became overnight in charge of a department of 40 staff and a budget of $3 million. In the first year alone, I faced enormous challenges: learning the ropes of a senior administrative role, restructuring the department, raising the profile of athletics on campus and leading a student referendum to buy and renovate the iconic Maple Leaf Gardens into an industry-leading athletic facility. A special letter that I read over and over again that year helped me stay self-confident about my new role.

I call it my “self-confidence letter.” I wrote that letter at a high point in my career, soon after I coached the men’s soccer team at Graceland University in Iowa to its first national championship. One part of the letter reads as follows: “Congratulations, Ivan, on completing your PhD before turning 40,” while another reads: “The national championship is an incredible achievement. Well done!”

Seven years later, with student engagement at Ryerson at an all-time high and a nationally-ranked athletic program, I look back at the self-doubt I felt in my first year and am reminded of that letter — a symbol of the importance of believing in myself. Why? Because self-confidence lies at the heart of success. 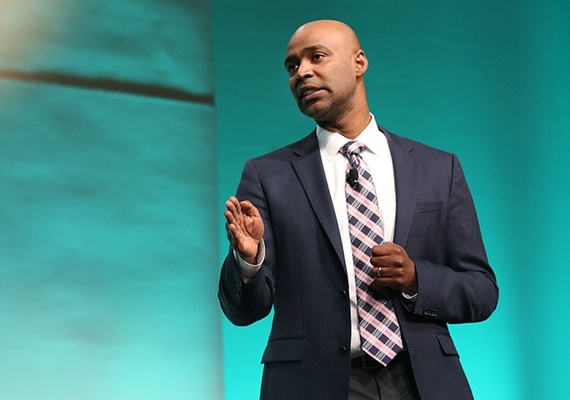 Self-Confidence Is a Skill

Self-confidence is the belief in your ability to accomplish the task at hand. Extensive evidence, including findings by psychologist Mihaly Csikszentmihalyi, shows this belief in oneself has positive impact on performance. Research shows that self-confidence is a universal skill that anyone can learn with little effort, not an innate ability reserved for the elite among us.

Here are four ways to help you develop the skill of self-confidence and boost your performance.

As Malcolm Gladwell’s famous 10,000-hour rule tells us, skills develop through focused and repeated practice. Self-confidence is no different. You need to continually face and overcome reasonable challenges that reinforce your belief in yourself. Self-confidence doesn’t come from staying in your comfort zone, rather from pushing yourself to achieve at an appropriate next level. When you face increasingly difficult challenges, you build small amounts of self-confidence. You can then transfer that belief from one context to another.

You need to practice over and over and over again until the task is no longer novel. It’s like learning to drive a stick shift. At first, it’s all you can do to keep from stalling. Then, you begin to shift fluidly. Eventually, you can start up at a red light on a hill with a dump truck on your tail without sweat streaming down your face. Over time, with thousands of hours of practice, driving standard becomes second nature — and so is your belief in yourself.

Before I speak to a large audience or lead an important meeting, I use three affirmations: 1) “I am the captain of my ship and the master of my fate,” 2) “Nobody outworks me,” and 3) “I got this.” I use these phrases to create a positive mindset. This technique is so effective that I once had my soccer players write their own affirmations on a wristband they wore during games.

Research shows that a positive mindset alters performance. Athletes are stronger and more effective when they use positive self-talk. If you see them clap their hands after an error or miss, they are actively reclaiming a positive mindset. In business and industry, positive affirmations lead to a 37 per cent increase in sales and 19 per cent more efficient and accurate diagnosis for doctors.

Create three affirmations that put you in a positive frame of mind and repeat them regularly. Tape them to your bathroom mirror or keep them in your briefcase or desk — whatever works for you.

3. Write Your Own Self-Confidence Letter

Just as I did before starting at Ryerson, write to yourself in a time of success for inspiration when times get tough. There will always be new skills to learn, challenges to face and projects or roles that push you to your limit. Everyone has times when their performance is not what they’ve hoped. When that happens, pull out your letter and remind yourself of what you have achieved and why you believe in yourself.

4. Surround Yourself with Positive People

Everyone needs people who believe in them. Ray Kroc, the famous American business icon who transformed McDonald’s from a local restaurant chain to a worldwide conglomerate, found one such person when he was an underaged ambulance driver in World War I — a young man named Walt Disney. One of my greatest supporters is my partner Polly, who has believed in me from the start and who always reminds me not to let anyone — including a soccer coach who didn’t think I was any good — determine how I feel about myself.

We are highly influenced by the people around us. Lack of support and encouragement can infect us with self-doubt. Surround yourself with colleagues, family members, friends and teammates who reinforce your belief in yourself.